History of the West GSD

Utz [pictured] was born on 12 March 1926 at Shuttering kennels in Munich Germany. He had significant influence on the breed in the 1930’s, and his genetics were the groundwork for the West German dog. In the 1950’s Axel and Rolf- [right] also had tremendous influence on the breed. In the 1960’s Jalk [pictured] was not only a very good working dog, but had great structure, color and pigmentation. Much of the modern conformation qualities of the West German Shepherd, can be attributed to Jalk- pronounced ”Yalk” in German.

During the 1970’s three dogs had profound influence on the West German Shepherd, Quanto, Canto and Mutz, [all pictured]. Because he didn’t have strong physical qualities, and was considered to have weak nerves and inappropriate aggression, German breeders stayed away from Canto. Then he died prematurely at the age of only 4, thus having created a very small number of offspring. However with only approximately 117 puppies produced by Canto, his offspring would largely shape the West German dog, particularly working ability.

Because of a lack of understanding by most breeders regarding the genetic reproduction of mammals, enough credit is not given to  females from which the best genetics are re-produced. Professional educated breeders know, that when re-producing German Shepherds, its not so much about the sperm, its about the Ovaries. In fact it is Palme V. Wildsteiger Land who has contributed most to the German Shepherd breed. She was born in 1979 in the German State of Bavaria. A smaller, lightly boned female, Palme had tremendous heart and courage. She was more intelligent than 95% of Humans. Her Sons, Uran V. Wildsteiger Land and Quanto V. Armenious were both 2x World Siegers, and both legendary Sires. Palme’s daughters, Quina and Quana, produced Mark V. Haus Beck and Cello V.D. Romerau, both legendary Sires.

Regarding her son Quando, he is responsible for most dominate Sire line in the history of the GSD breed. Quando, thru his son Jeck V. Noricum and ultimately thru Hobby V. Gletschertopf, Ursus Batu, Yasko V Farbenspiel and others are an incredible reproduction of Male line genetics. The breeding Males of VZH, have always been hand picked from this specific male line. We must never forget however that these males all came from Palme, with her forefathers being Utz, Axel, Rolf, Jalk, Quanto, Canto, and Mutz.

Each dog mentioned above, can be viewed on the right of this webpage.

Max died in 1936, but the West German Shepherd Dog was his dream and goal.  In 1930 he stated the following- ” Creatures of pure blood, where by proper breeding, all unevenness has been eliminated….far surpass all mongrels “. 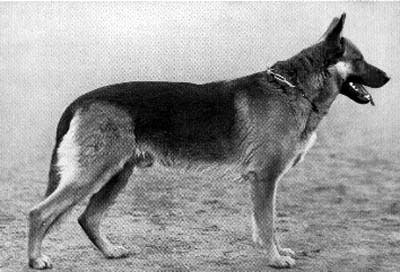 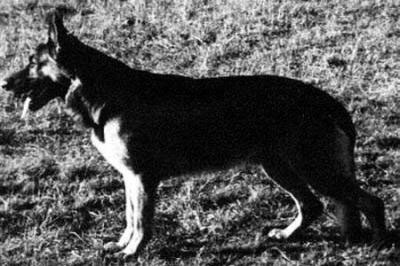 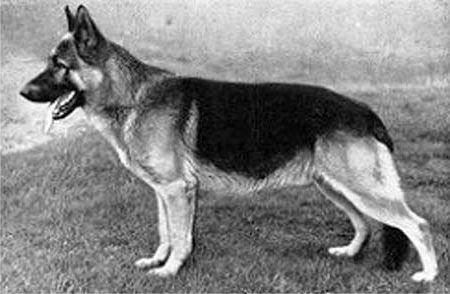 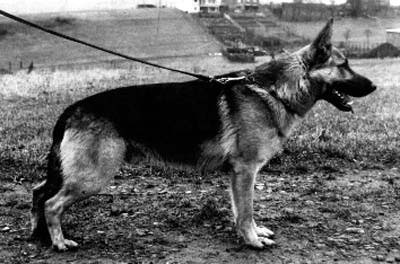 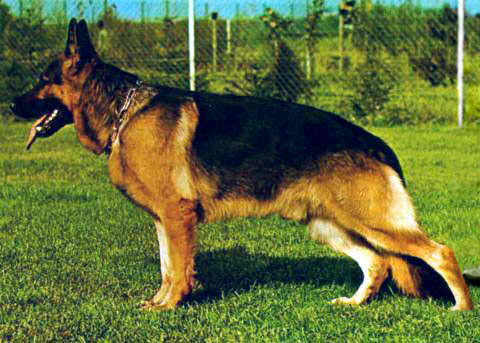 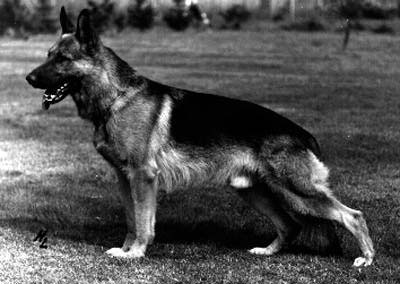 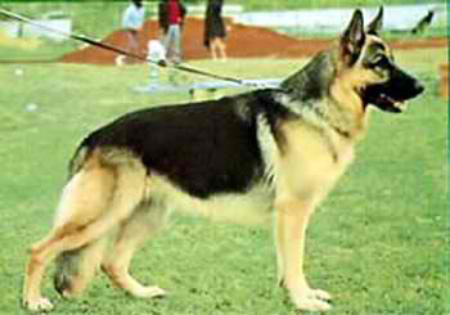 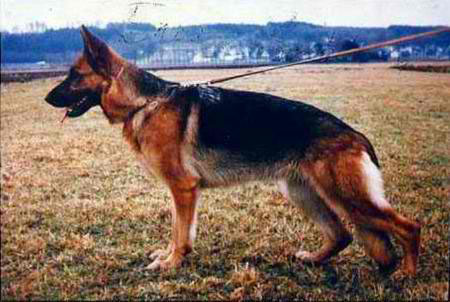 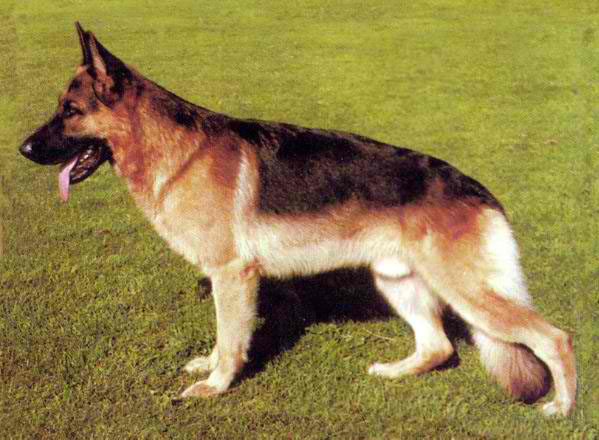 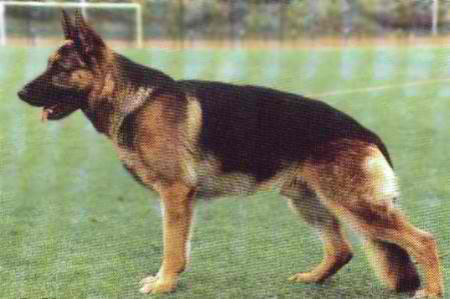 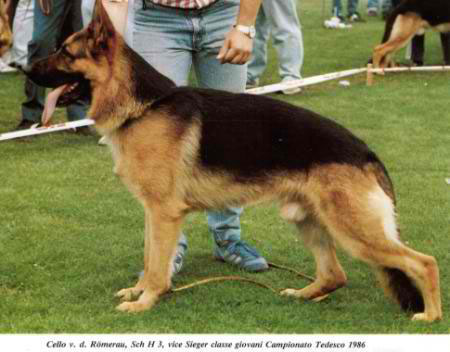 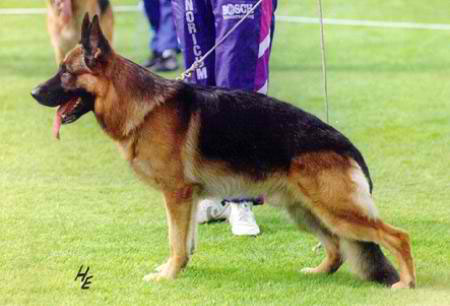 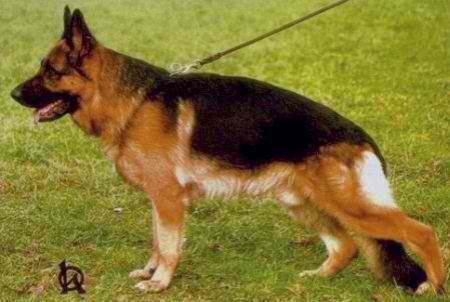 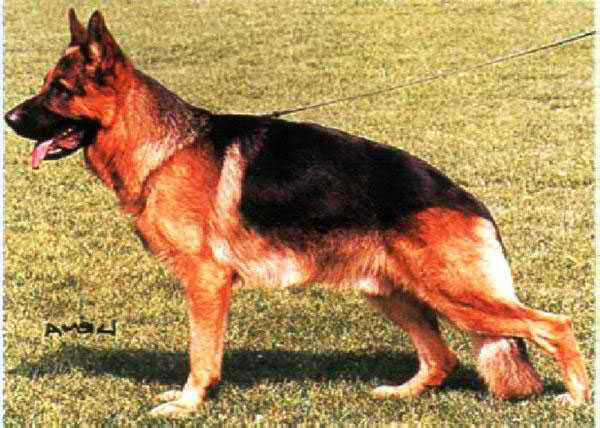 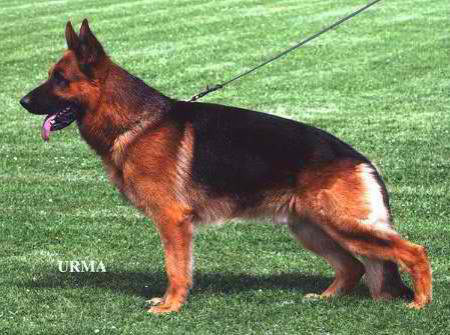