Fina is the daughter of Tactical Protection GSD Frankie Z Lintichu and Tracking female, Gama Lastex. She is trained in tracking. Fina’s Dam, Gama, was imported from Europe by VZH and for many years a very good breeding female for our Kennel. Fina was from Gama’s last litter, and the only daughter we have from her. Based on Fina’s first litter, she will produce the quality that her Momma did.

Fina is very sensitive to pollen, and there was much in the air when her pictures were being taken for the website, thus she kept sneezing and her eyes watering. We kept wiping her eyes, but finally had to just take the pictures. So watery eyes and all, Fina is pictured here. Her Dam, Gama, is still with us at VZH. Going on 14 years old now, she is still very active and very much a part of daily VZH activities. 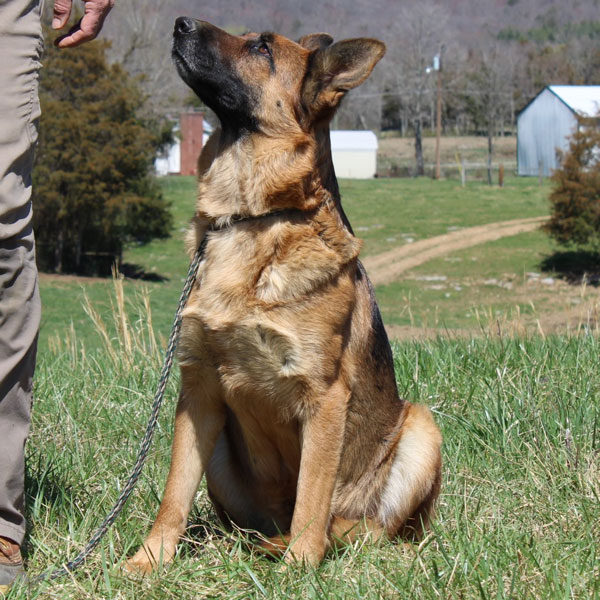